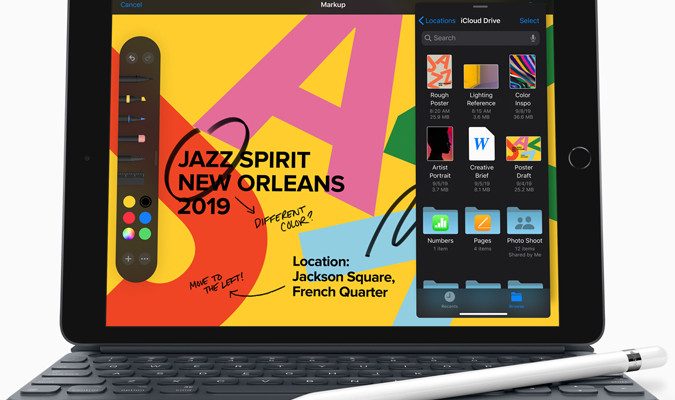 In addition to the iPhone 11, iPhone 11 Pro, and iPhone 11 Pro Max, Apple has also rolled out the latest iPad tablet in an event held at the Steve Jobs Theater, Cupertino, USA, Tuesday (09/10/2019) local time.

This 7th generation iPad is the successor to the previous model (6th generation, output 2018) which has a 9.7-inch screen. However, the size of the display device is now slightly widened to 10.2 inches Retina Display.

“The screen is a very crucial component. Hence, we also make it bigger,” Apple’s Vice President Greg Jozwiak said in the event which broadcasted live on YouTube.

The main machine empowering iPad 7th generation is still the same as its predecessor, namely the Apple A10 Fusion chip. The operating system used is the iPad OS. Sitting on the back is an 8 megapixel camera.

“This new iPad with iPad OS takes everything people love about our most popular iPad and makes it even better for creating, learning, working and playing,” said Greg Joswiak, Apple’s vice president of Product Marketing.

Talking about its official price, Apple has set the figure starting at 329 USD. The 7th generation iPad with a 10.2-inch retina screen display can be purchased in the US starting today. Nevertheless, the shipment is scheduled for September 30th.