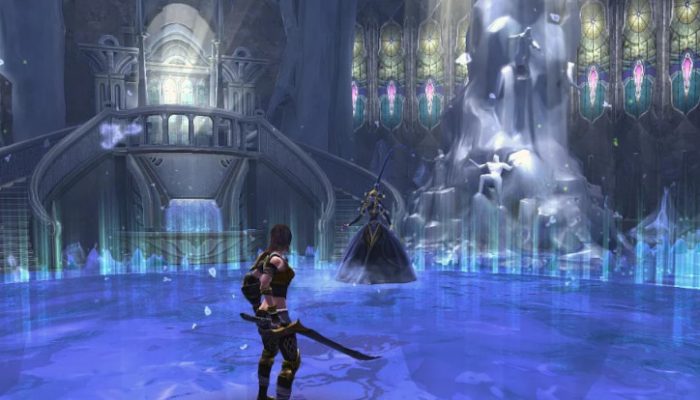 Ahead of the weekend, the list of the best free offline Android games in September 2019, the second week, is ready to cheer you up.

Despite online games are very exciting, sometimes we also need to play offline games. Especially when certain conditions do not allow you playing online games.

There are a number of reasons can trigger such a condition. Starting from the weak signal, the running out data quota, the need for games with more interesting storyline, or the need for easy games just to kill your time can be a number of them.

Good news for all fans of offline games, because there are a number of choices that you can choose to play this week. See the 5 best free offline Android games in September 2019 below.

Now let’s get started from the first of our list.

Infection mutations have spread throughout the world. To overcome this disaster, the State Women’s Agency X was ordered to investigate the source of the crisis. At the same time, a whirlpool of incidents mutated, a veteran mercenary fought with mutated zombies. A bad luck, this disaster has destroyed her family and life.

She needs revenge and find the source of the disaster then destroy it! The task of all this is to ensure that they survive. For a common goal, the two work together and open up an extraordinary adventure.

Enter into one of the “Editor’s Choices” on the Google Play Store! This FPS (First Person Shooter) game made by SQUARE ENIX is really worth trying. Telling the story of a sniper from the Hitman game series, you will be treated by many contracts from different missions.

Interestingly, in carrying out existing missions, you can not simply shoot the target. In this game you are also required to be a real sniper, which you must set the strategy and manage time so that your mission is successful.

Football lovers certainly can’t miss one of the best soccer games for Android devices. Despite it has a fairly small file size compared to other soccer games, this gaming app offers an interesting gameplay.

In this soccer game that you can also play offline, you’ll need to building a team, building stadiums, buying players, so you can stay in the top of the table.

Sarah and John were in lost communication with the outside world and they disappeared without a trace. Here comes our protagonist, Edward, a schizophrenic man who goes looking for his only sister, Sarah. Arriving at Mordiz’s house, you must face the unimaginable horrors that inhabit that place, but not before dealing with what is on your mind.

Androa has been overcome by evil forces and Amira has accepted her father’s challenge to unite and restore the land to peace. He must fight through five different lands and defeat hordes of ferocious enemies. Throughout his journey, Amira can also capture and utilize the power of ancient artifacts known as magical crests to unleash devastating attacks in front of him.

Begin an epic quest to help Amira reclaim her lost kingdom. Note: pay attention to your smartphone’s compatibility before playing because this game can only be played if your smartphone uses the Snapdragon chipset.

Do you like action adventure games? “Glory Ages: Samurais” can be one of your collections. In this game, you will become a samurai, with characters and weapons that can always be improved.

This game will take you to Japan in the Middle Ages. Where in this, you have to defeat various kinds of enemies in different arenas using the right strategy.

That’s all the list of the best free offline Android games for this week in September 2019. Enjoy the weekend!