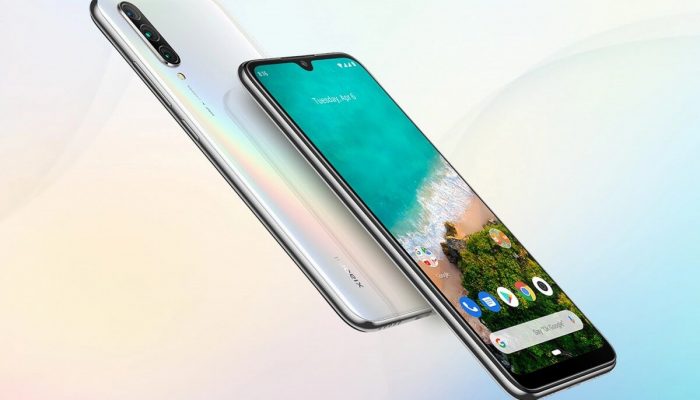 Xiaomi has just launched their latest smartphone that runs Stock Android, the Xiaomi Mi A3. Because this is basically the Mi CC9e, so we can expect a 6.1-inch OLED screen display with a resolution of 720 x 1,560 pixels.

We may call it as a downgrade in the resolution sector compared to the Mi A2, which already uses 1080p resolution. However, this is an OLED screen tho.

This smartphone sports Qualcomm Snapdragon 665 chipset which is a small upgraded version of the SD660 that was launched last year. In term of storage capacity, this Mi A3 smartphone carries 64GB of storage. There is also its 128GB model. Both models also support a microSD slot to increase storage capacity.

One of the main upgrades on the Xiaomi Mi A3 is the camera. The smartphone boasts a 48MP main sensor on the back that has an f/1.78 aperture but it does not support OIS yet.

Moreover, there is also an 8MP Ultra Wide-Angle camera sensor which has a viewing angle of 118°. The last sensor is a 2MP shooter for depth of field sensor giving nice and smooth DSLR-like portrait mode photos.

The main rear camera can record video resolution of 2160p at 30fps or 1080p at 120fps. The front selfie shooter sits inside the notch and it has 32MP resolution featuring the ability to record 1080p video resolution at 30fps.

Another upgrade over the last year’s model is its battery capacity that sports 4,030mAh juice. This is upped from 3,000mAh on the previous model.

The charging speed can reach 18W TDP which is the same as last year’s model. However, you have to buy your own charger because the charger included in the sales box is only 10W.

There is a common fingerprint scanner sensor below the screen that follows the current trend. Lastly, there is a 3.5mm audio jack headphone.

Xiaomi Mi A3 comes in a choice of blue, white and gray colors. The smartphone will ship worldwide in the near future.