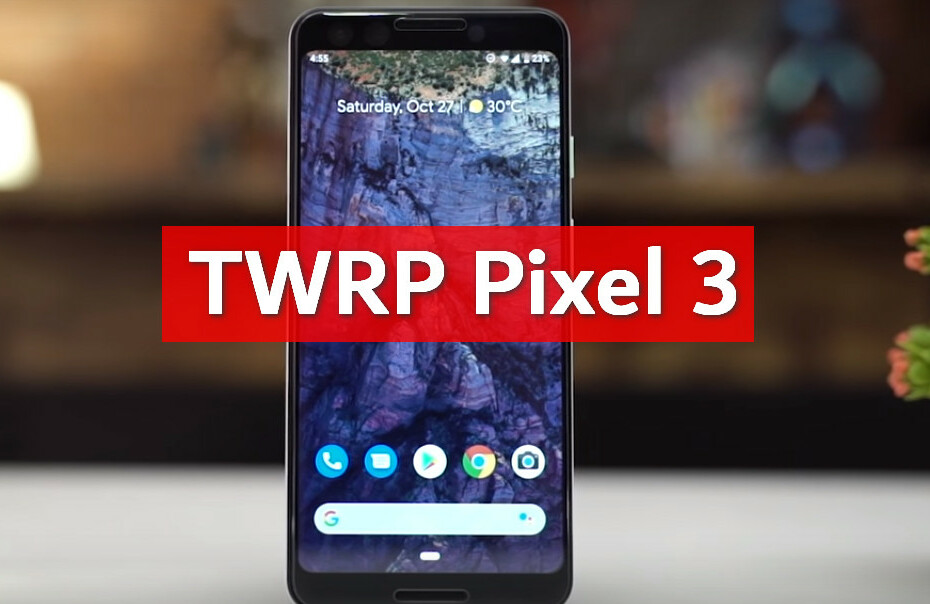 Google Pixel 3 is another iteration of Google’s flagship Android phone. The phone is popular for its monster-ish specification along with its stunning mobile photography capabilities.

DxO found the Pixel 3 more improved features compared to its predecessors especially its Bokeh and Zoom features. The last is the biggest increase, so far. “Pixel 3 destroys other single-camera phones,” writes DxO.

The best custom recovery for many Android phones is now ruled by TWRP.

Developed by Team Win Recovery Project, TWRP has evolved to be the most used recovery around the world.

Google Pixel 3 is one of the lucky devices to receive TWRP official build. Created by Dees_troy which is the main leader of TWRP Team itself, TWRP for Pixel 3 is the rock-solid build and it is the official one.

However, the developer admits some flaws within this build. One of which is the MTP feature not working.

You can download TWRP both flash-able image file and its installer zip file from this direct link below.

How to Flash TWRP on Pixel 3

Follow these steps below to flash TWRP v3 on Google Pixel 3:

The developer warns that initial TWRP booting time will take a while. Just hold on, it’s normal.

Basically, you also need to enable USB Debugging on your phone. You should already enable this during bootloader unlocking process. Hence, we omit it.

Congratulation! You have flashed TWRP on Google Pixel 3 codename Blueline.