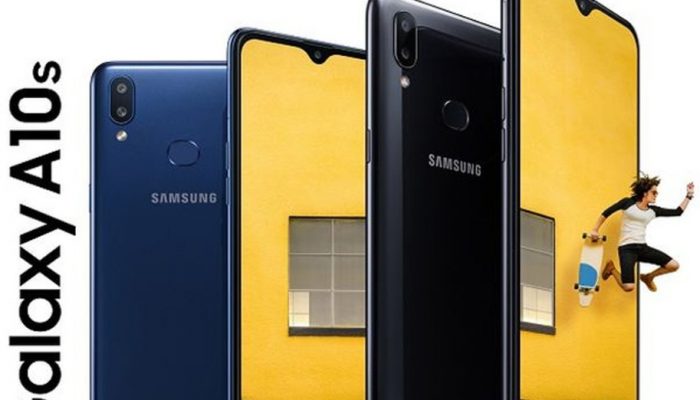 Samsung has just released its Galaxy A10s phone, the cheapest dual-camera phone by the company.

This smartphone has a mainstay feature on its 4,000 mAh battery capacity which is claimed by the company to be able to accommodate activities of millennial youngsters for a full one day.

The battery capacity is one of the determining specifications to buy a smartphone nowadays. Samsung Galaxy A10s sports MediaTek Helio P22 chipset featuring Octa-Core 2 GHz CPUs. The chipset is expected to bring an efficient system in consuming battery power.

To accompany the performance of the said MediaTek chipset, Samsung also embeds 2 GB of RAM and 32 GB of internal storage in the Galaxy A10s. However, if the internal storage capacity is not satisfying enough, users can easily insert a microSD card with up to 512 GB capacity.

From the camera part, Samsung has embedded two main rear cameras that have a 13 MP sensor with f / 1.8 aperture along with a 2 MP secondary camera having f / 2.4 aperture.

There is also Live Bokeh feature that utilizes a combination of these two cameras. This setup allows users to produce bokeh-ish effect photos instantly.

On the other hand, its front shooter has a resolution of 8 MP with f / 2.0 aperture to accommodate selfies or video calls properly. Moreover, Samsung has also pinned the AR Sticker feature which is claimed to help users producing more creative photo content using modern stickers.

The screen display of Galaxy A10s sports the Infinity-V design that fairly thin bezels and is having a waterdrop-shaped notch. Furthermore, this screen has a width of 6.2 inches with HD + resolution (1520 x 720 pixels) and PLS technology.

A fingerprint sensor sits on the back of the Samsung Galaxy A10s that allows users to unlock smartphones using only their fingerprints. Such a feature usually found in mid-range phones.

The device also features the Face Unlock technology as an alternative to the fingerprint sensor. The Android 9.0 Pie operating system with OneUI interface display is running by default on this smartphone.

Samsung Galaxy A10s are sold in some Asia countries such as Indonesia with a relatively cheap price tag. The phone is available to purchase for IDR Rp 1,899,000 or equals to USD130.

Previously, Android phones within this price range were dominated by the Chinese giant phone manufacturer Xiaomi. On top of that, Xiaomi even split its brand to Redmi just to accommodate the entry-level segment.

Nowadays, older players such as Samsung needs to switch their strategy. Producing more phone variants within this segment seems a tempting effort.

There are three color options: Red, Green, and Black. Which one do you prefer the most?