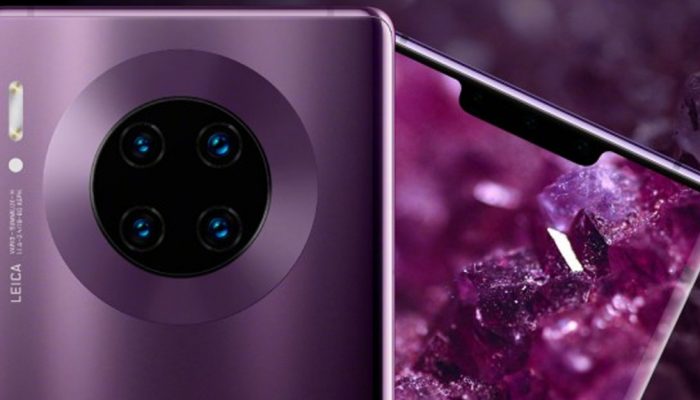 Huawei has officially launched its newest flagship Android phone namely Mate 30 and Mate 30 Pro on an event held in Germany.

The screen utilizes a Horizon Display design that fills the front with 88-degree curves on both sides. Such a scenario makes it look like the edges are not edged on the right and left side. It is what so-called a bazzleless display technology.

While the notch is still on the top serving the front camera and sensors. The screen also supports the M-Pen stylus (with 4,096 levels of pressure) and the Always-On Mode feature.

The 40MP SuperSensing Wide camera is capable of capturing more light. It is perfect for night photography, thanks to the presence of the RYYB sensor. Moreover, the ISO of the main camera is able to touch the number 409,600.

Furthermore, the Ultra-Wide Cine camera is capable of taking wide-angle photos. This is suitable for taking landscape photos or places with many people in it.

Interestingly, the rear camera of HUAWEI Mate 30 Pro is able to record 4K resolution time-lapse videos with HDR or slow-motion HD resolution (720p) at a speed of 7680fps. That is very dramatic ultra-slow motion recording.

The front shooter has a resolution of 32MP which can produce good selfies or wefies. Meanwhile, the front camera also features 3D scanner hardware so it can easily respond to gestures or hand movements. Hence, users can easily control the smartphone without touching the screen at all.

The HUAWEI Mate 30 Pro engine is entrusted to the super speeding Kirin 990 Octa-Core chipset, thanks to the 7nm + EUV processing technology. There is also the powerful Mali-G76 MP16 GPU and smart NPU. These two technological processors empower the new Huawei-made chipset.

The chipset also incorporates 8 GB of RAM and 256 GB of internal storage. Nano Memory slot of up to 256 GB has been provided on this smartphone if the users feel its internal storage too small.

The 4,500 mAh battery is planted to provide the phone with necessary juice. The battery supports the 40W SuperCharge feature to allow super-fast battery charging.

The phone also complies with IP68 certification which proves that it is resistant to water to a depth of 1.5 meters with a maximum time of 30 minutes. Thanks to the Flex OLED technology, making the fingerprint sensor technology planted in the screen.

Some other default features also come to the phone such as Face Unlock feature, USB Type-C port, NFC, WiFi, Bluetooth, and EMUI 10 ROM based on Android 10 Q.

Unfortunately, the Huawei Mate 30 Pro is not coming with Google Play Store nor any Google Apps.